Share a memory
Obituary & Services
Tribute Wall
Read more about the life story of Skip and share your memory.

Skip Ciccarelli — beloved father, brother, and uncle — left this earth on September 11th, 2022 at 74 years young, (he would tell you 29) after a 3 year battle with squamous cell cancer, surrounded by loved ones at Franklin Baystate Hospital.

If you knew Skip, you know he cracked the code on what it means to really live.

Surviving multiple near death experiences, three 8+ hour surgeries in two years, a heart attack, a stroke, and multiple rounds of cancer(maintaining a positive disposition throughout), it was often said he had more lives than a clowder of cats.

But it wasn’t just what he survived that led to having a full life, and instead how he chose to live.

A born and raised “Cantabridgian,” Skip was proud of his roots. Although he lived the majority of his years in the woods of Royalston, his love for Cambridge, Massachusetts came through in his speech: “horses” were always “hawses” and “California” was always “Cali-phone-ya.” The phrase “Oh you Stinkah” could often be heard at his worksites.

When he was six years old, Skip’s father, Rico Ciccarelli, taught him carpentry. Over the years, he became a skilled craftsman and artist.  His woodworking and photography was featured at the Fitchburg Art Museum and it was hard to leave a conversation with Skip without knowing that one of the wooden bowls he had made was sitting on the desk of a Fortune 500 CEO in China.

Skips life changed when he began teaching high school students carpentry at Shawsheen Valley Technical High School. Working with young students softened him and made him more patient. Under his coaching, the students formed a state champion team, won multiple second place state titles, and secured one second place National title — all within five years. After Shawsheen, he taught woodworking to K-8th graders at The Applewild School. He found incredible joy in this experience, struck by the magic of being able to — in his words — “start from the beginning.”

From sky to sea, Skip always had a fierce love of nature.  A tree-hugger and self-proclaimed Waterfallologist he went missing on many short hikes: veering off course when he spotted a good tree to “vibe with.” He passed this appreciation of nature onto his three children — their youth, marked by annual camping trips to the White Mountains where he would teach them about constellations, plant types, and meteor showers.  As technology advanced, Skip scowled at cell phone towers popping up and interrupting the natural landscape.

Skip was half social butterfly and half hermit. He enjoyed a good party just as much as being alone with his thoughts in nature, especially at his home of 40+ years in Royalston.  A few years before his death, he reached out to the Legacy Tree Program to assess one of the apple trees on his land. Convinced it was one of the oldest he’d ever seen, he was proud to learn he was living alongside the largest domestic apple tree in Massachusetts and the 6th largest in the country. He continued to call this tree the oldest in the state.

In 2004 — after a surviving prostate cancer and a heart attack — Skip became an avid kayaker. In 2008 he completed a solo paddle from Chicago to New York City, paddling 744 miles in 2.5 months to raise awareness for prostate cancer.  His best friend Evan supported him with supply drops and along the way, he made a host of new friends. When he paddled down the Hudson into Manhattan on 8/8/08, his community stood along the bank and cheered for him.

He went on to Kayak competitively and loved placing not only in his age bracket, but with Kayakers far younger than him.  When triathlon training season began, he competed on a team with his two dear friends Arne and Kevin. They aptly called themselves Two Crazies and a Loon. In July of 2011, Skip set the record for the fastest through-paddle of the Northern Forest Canoe trail. In the years following that win, he would return to sections of the trail again and again, committed to enjoying every bit of nature he had initially sped through.

The definition of a “character,” most people described Skip as being ‘spritely.’ From successfully hiking eight 10 year olds up Mt. Monadnock to driving his daughter from Massachusetts to Mount Rushmore and back in five days. Coasting along in a two-seater CRX, they spent just one hour at Mount Rushmore before heading home via stops at Wall Drug, Death Valley, and the petrified forest.

In his later years Skip was often mistaken for someone younger. This always put an extra twinkle in his eye. When he was 68, a Yosemite Park Ranger refused to let him in on a senior pass without multiple forms of ID. After his first round of chemotherapy in 2020, he felt blessed to not only get his hair back but to get it back with the same color it was when he was 71.

The world lost a bright light the day Skip passed. But the thing about people who truly live is that their legacy of light lives on.

In spite of everything, Skip always said yes to life — to adventure, to challenge and to everything this planet had to offer.  No doubt, he will continue to shine on from the other side.

He is survived by his siblings, Carolann “Chickie” Courtney (Ciccarelli) and her husband Gerry Courtney, Julianne “Juju” Ciccarelli, Marlo Christakis, Michael Noone. His nieces: Tiffany Ciccarelli-Moore and Francine Carroll. Nephews: Peter Parise, Mark Parise, Kevin Courtney, and Gerry Courtney, and many beloved grand nephews and nieces. His best friends: Evan Thayer and John Bagni. His Grandogs: Stella, Leeloo, Jacques, and Charlie. And by his own beloved dog, aptly named “Deeohgee”.

So many other loved ones — family and chosen family — are left behind to mourn his passing.

In lieu of flowers please send donations in Skip’s name to the following organizations:

The Trustees: Thetrustees.org (To help Skip’s love of nature make a difference.)

The Jimmy Fund (To help others fight cancer.)

Sisters of Notre Dame De Namur (For his sister, Francine.)

To send flowers to the family or plant a tree in memory of Skip F. Ciccarelli, please visit our floral store. 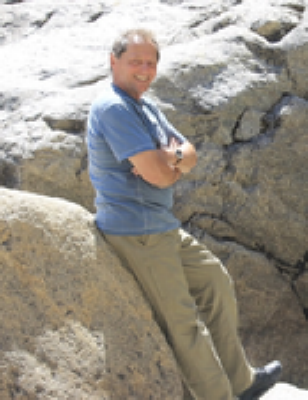 Look inside to read what others have shared


Family and friends are coming together online to create a special keepsake. Every memory left on the online obituary will be automatically included in the book.

You can still show your support by sending flowers directly to the family, or by planting a memorial tree in the memory of Skip F. Ciccarelli
SHARE OBITUARY
© 2022 Brown & Hickey Funeral Home. All Rights Reserved. Funeral Home website by CFS & TA | Terms of Use | Privacy Policy | Accessibility