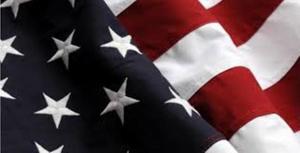 Anthony Richard DiGiovanni Jr., Age 88, of Lexington, passed away on September 20, 2019, surrounded by family. He was born in Belmont, MA on January 17, 1931 to the late Anthony and Camilla DiGiovanni. A man of character and always there for his family and friends, a compassionate husband and wonderful father and grandfather that was truly loved by so many.
Mr. DiGiovanni was a proud Veteran of the United States Army, and served in the Korean War. After the military he started his own successful construction company, DG Construction Co. He was known in the industry as A.R. and was always admired by those who worked with him.  He was a respected & knowledgable gardener with a big presence at his son, Ricky’s  Flower Market in Union Square.  He had a love of horses and spent many afternoons winning big at the racetrack. Also, spent many summers in Harwichport and winters in Boca Raton with his wife and many friends.

Remembrances can be made to Family Food Pantry of Cape Cod 133 Queen Anne Road Harwich Ma. 02645.